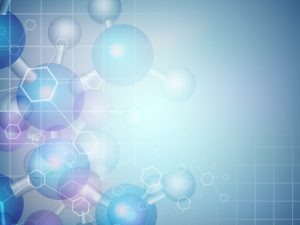 How to Tell If A Product Is Mostly Ionic Silver

Companies that sell ionic silver claim that their product is “true colloidal silver” in an attempt to confuse the buyer. Do not be fooled. If the product is clear, then it is an ionic silver product, not a true silver colloid. Colloidal particles, when present in sufficient concentration, absorb visible light causing the colloid to exhibit an “apparent color”. The apparent color is the complement of the absorbed wavelength. Silver ions do not absorb visible light and therefore appear as clear colorless liquids.

Many producers of ionic silver recommend that the product be stored only in glass containers. Some specify only amber or cobalt glass bottles because their products are photosensitive and deteriorate when exposed to light. True colloids do not have these issues.

How to Test For Ionic Silver Products 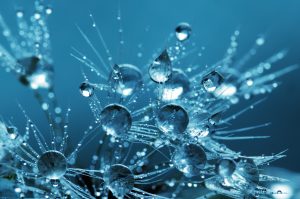 To figure out whether a solution is ionic silver, you only need add chloride ions. Common table salt, which is sodium chloride, will do. If silver ions are present the chloride ions will combine with the silver ions and create a white, cloudy appearance. To form a cloud that is visible requires that a sufficient concentration of silver ions be present, typically about 10 ppm or above. Simply place 1-2 ounces of ionic silver in a clear glass. Add a few grains of table salt. Observe whether, as the salt dissolves, a white cloud of silver chloride forms in the solution. If so, eventually, the entire solution will turn cloudy. If more salt is added, the white silver chloride will become denser until all the silver ions have combined with the available chlorine ions. If no silver ions are present then no white cloud will form. Here’s the rub: Some products will not make a white cloud of silver chloride when table salt is added because they contain no silver at all, or very little silver. Believe it or not, lab analysis has shown that some “silver” products actually contain no silver!

“Colloidal silver” generators sold to home hobbyists all produce ionic silver solutions. Because ionic silver products contain a low percentage of their silver content in the form of particles, they all have a fairly low particle surface area relative to the total silver content. Ionic silver is not without merit. Ionic silver is a strong anti microbial and serves well in situations where chloride is not present. When chloride is present (inside the human body), the silver particle content will survive to produce benefit.

Ionic silver products, when taken according to the manufacturers recommended dosage, will not cause argyria, a condition that causes the skin to turn blue-gray.

The term colloidal means particles not ions, but producers of ionic silver products will try to convince the buyer that their product is a silver colloid. The common thread in most advertisements selling ionic silver products (labeled as colloidal silver) is to claim that ions are silver particles, or they try to blur the distinction by using the terms interchangeably. Another common trick is to display images made from a Transmission Electron Microscope (TEM) that they claim shows the small particles found in their products. These images do not show the silver particles in their products. Read About TEM Images of Ionic Silver Solutions to learn why these images are deceptive and misleading. Another ploy is the use of techno-babble, wherein make-believe technical sounding terms are used to impress the non-technical reader. Techno-babble attempts to draw the reader’s attention away from the real science and focus on nonsensical but important sounding terms and ideas. In a related approach, advertising or labels will include scientific-sounding explanations that use terms from other fields of science that are not applicable to the chemistry of solutions and colloids. For example, in the field of nuclear science, a particle is considered to be any atomic object whose weight is greater or equal to the weight of an electron. Attempting to define a silver ion as a particle by using this definition is the essence of what is commonly referred to as bogus science. For examples of techno-babble and bogus science, click here.