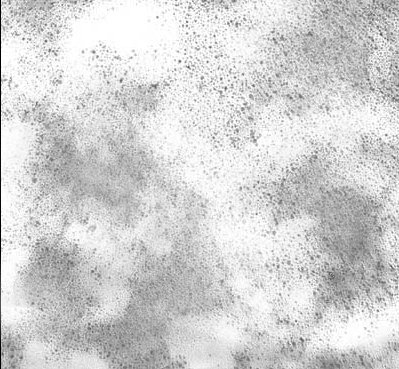 Many producers of ionic silver products (masquerading as colloidal silver) use images produced by a Transmission Electron Microscope (TEM) to show what they claim are silver particles in their products. These TEM images are usually offered to support representations of small particle size distributions.

At first glance it may appear that a TEM would be a reasonable instrument to examine the small particles found in colloids. However, upon closer examination of the science involved, it becomes clear that TEM instruments are not valid for observing the particles in colloidal solutions containing metal cations, or for measuring the particle size distribution of those particles.

What Is A Transmission Electron Microscope (TEM) Solution?

This image can be photographed or rendered into digital format. The electron beam passes through the sample being observed in a chamber operated under high vacuum. Because liquid water cannot exist in a high vacuum, the water in the samples must first be removed by evaporation.

The Problems With TEM Technology for Measuring Colloidal Silver

While it is common for producers of ionic solutions to use TEM images in their promotional literature, those images are misleading in the extreme. There are three main problems with using transmission electron microscopes for analyzing colloidal silver:

For these reasons, TEM images of ionic solutions do not represent the true particle content of these solutions.

How Do Silver Ions Interfere With Particle Images?

So, what is represented as images of colloidal silver particles are really silver oxide particles . . . and they are not the same thing at all. (See The Truth About Ionic Silver for more details.) Further, the particles depicted in the TEM images do not represent particles in the actual solution but are actually created in the process of removing the water for the TEM imagery, further invalidating the image.

The long answer goes like this: Samples for TEM observation are placed in a high vacuum chamber, causing any water present in the sample to evaporate. Silver ions in a solution cannot exist without water, so when the water is evaporated, the silver ions (cations) must combine with an available anion to form a silver compound. The metal cations can only exist in the presence of water or some other solvent. However, the water or other solvent cannot remain part of the sample when subjected to a high vacuum.

This process begins as a single silver ion is forced to combine with a single anion forming a single crystal of the compound. The crystal has no ionic charge and therefore no repulsive force. The lack of repulsion causes the crystals to be attracted to each other by van der Waals’ force of attraction, which causes them to aggregate and form small particles of the compound. The particles can only grown larger while there is still some small amount of water present to facilitate the mobility of the particle.

What Is The Ratio Of Silver Oxide (Ag2O) Particles To Silver Particles (Ag) In TEM Images?

Unlike ionic silver, true silver particles (Ag) in a colloid will remain unchanged as silver particles when the water is evaporated to view with a TEM. In TEM images the Silver Oxide particle (Ag 2O) and the Ag silver particles appear the same (which is why these images are deceiving) except that there are vastly more Ag2O particles present.

The number of silver oxide particles formed when the water is evaporated ranges from several hundred to several million times the number of actual silver particles that were contained in the original solution.

Here is a calculation of the ratio of Ag 2O to Ag particles for a typical 10 ppm ionic silver solution:

The TEM image would be overwhelmed with the silver oxide particles making seeing the actual silver particles virtually impossible. For this reason the TEM image bears no relationship to what was in the ionic silver solution

Yet More Problems With TEM Images

Likewise, different sections of the same image can appear to be totally different samples. The operator can select a portion of the image that fits his idea of what the sample should look like and then crop the image for the desired effect. If the goal of the operator is to show a product that has uniformity of particles, then a portion of the TEM image that “looks good” would be selected to represent the sample. Likewise, if the operator wanted to make a competitors product look “bad” in order to sell their own product, this is very easily done using TEM images.

The images obtained from a TEM are therefore highly subjective and subject to manipulation. The goal of the scientific examination is to produce objective results that are unaffected by the subjectivity of the instrument operator. The images obtained from a TEM are highly subjective and easily manipulated to produce images that are anything but objective. In the hands of an unscrupulous operator, the TEM is the ideal tool to create images to fool the unsuspecting non-technical audience.

Conclusions From This information

1. TEM images are not appropriate for determining particle size distribution of colloids.

2. Small particles shown in TEM images of ionic products do not show the particles that are in the solution, only artifacts (silver oxide particles) that are created during the sample preparation for TEM observation.

3. While it is not uncommon for producers of ionic solutions to use TEM images in their promotional literature, those images are misleading in the extreme. The particles depicted in such images do not represent the particles in the solutions. The silver oxide particles shown on the images are not present in the actual solution, they are created during the sample preparation.

4. Small changes in the TEM sample preparation technique can create “good” or “bad” looking sample images as desired by the instrument operator. Good science requires objectivity, not the subjectivity and manipulation possible with TEM images.

5. Do not be fooled by TEM images and claims of small particle size or product quality derived from such images.

6. The author believes that the use of TEM images in the promotion of ionic silver products constitutes misleading and deceptive advertising practice. The next time you see a web site that uses TEM images to promote these products send an email to the company and ask them why they must resort to bogus science to promote their product.