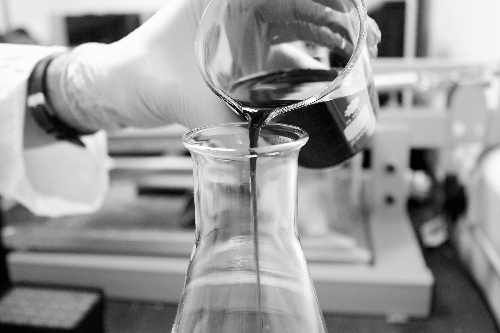 Monatomic Silver is claimed to be colloidal silver that consists of particles that are single atoms of silver suspended in water. It is further claimed that because the silver particles are so small these products do not exhibit a Tyndall effect and the result is a product that is as clear as water.

The Problem with Monatomic Silver

One of the forces in nature is van der Waal’s force of mutual attraction which is an attractive force exerted between similar atoms and molecules. This force causes identical atoms in close proximity to each other to be drawn together to form a cluster of atoms. Such a cluster of silver atoms is called a silver particle.

When the distance separating individual atoms is within a few atomic diameters, the force of mutual attraction that would cause the atoms to be drawn together can exceed 100,000 G-forces. At the atomic level, there exists no counter force to prevent the atoms from coming together in a process called aggregation.

Another Name for Ionic Silver

Because hundreds of ionic silver products are on the market, how does one product distinguish itself from another? In the business of colloidal silver, the answer seems to be the use of technical-sounding terms which are not really technical or scientific but sound like they are to the non-technical reader.

Monatomic Silver is one such term typically explained in impressive-sounding detail on the web sites that promote monatomic silver products. This is a marketing term used to hide the truth that what is being sold is an ionic silver solution just like hundreds of others.

Virtually all ads for monatomic colloidal silver describe the product as appearing to be clear as water. This is one of the distinguishing characteristics of ionic silver. Here for more details on ionic silver.

The Reality of Monatomic Silver

Monatomic silver cannot actually exist for the reasons described above. Products advertised as monatomic colloidal silver are actually ionic silver solutions. Not all, but many such products have also been found to contain fairly high concentrations of NO3 which means they contain either nitric acid or nitrates.

High concentrations of NO3 are present in some products as a by-product of the method used to produce them. Neither nitric acid and nitrates are substances you should not be ingesting into your body or applying topically. The lab analysis page shows the NO3 concentration in parts-per-million (ppm) for products which contain NO3.

As far as we can tell, the only reason products are claimed to be monatomic is to avoid the truth that the products are ionic solutions and not colloids at all. In other words, it is a marketing hype designed to mislead the buying public.