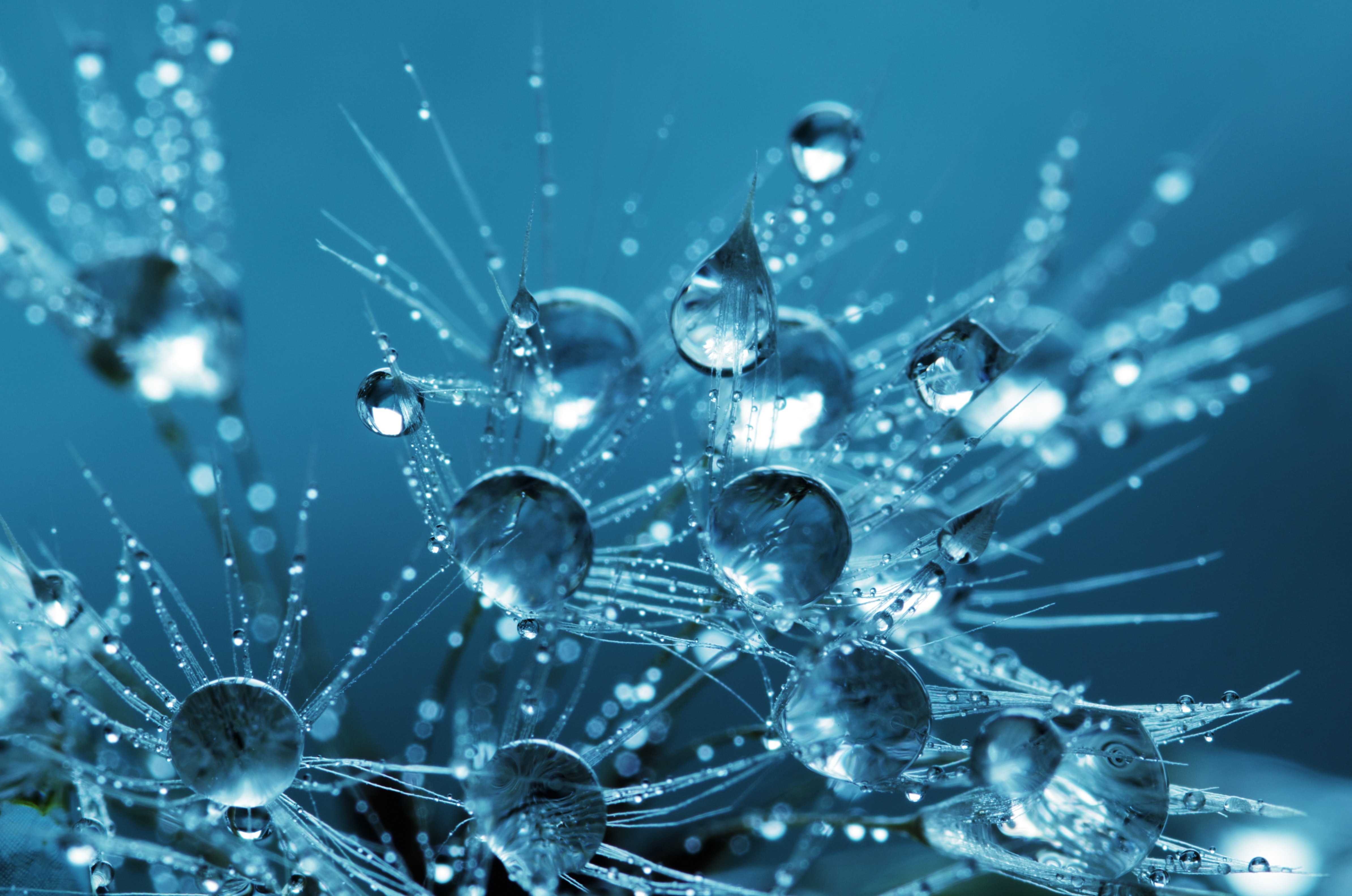 Many products claiming to be colloidal silver or angstrom size silver particle colloids are, in fact, mostly ionic silver solutions. Despite this, their labels and advertising never mention the words ionic silver or specify what percentage of the total silver in their product is made up of silver ions vs. silver particles.

Many different terms are being used to describe ionic silver products in an attempt to obfuscate the truth about ionic silver. The following terms are currently in fashion: monatomic silver, silver hydrosol, covalent silver, and silver water. There’s not one silver solution in the market.

Monatomic silver is another advertising term commonly used to describe ionic silver solutions. Claims for monatomic silver products describe their particles as single atoms of silver. Single-atom particles cannot exist due to the van der Waal’s force of mutual attraction, which would cause single atoms to be drawn to each other to form particles consisting of clusters of atoms. For more details, see The Myth of Monatomic Colloidal Silver.

Covalent silver is the latest in the ionic name game. When you read the detailed description for covalent silver, you will eventually find that the term is referring to silver ions.

What Is Ionic Silver?

Technically speaking, a silver ion is an atom of silver that is missing one electron. The outermost electrons of an atom determine the physical properties of the matter. Take away one electron from a silver atom, and you get a silver ion. Ionic silver is not the same as metallic silver, silver particles or colloidal silver. There’s no one silver solution.

The Difference Between Colloidal Silver And Ionic Silver

Colloidal silver is made up of tiny nanoparticles of metallic silver. The particles are complete and do not combine with other elements. In its ionic form, silver is highly reactive with other elements, and will readily combine to form compounds. Inside the human body, chloride is the most prevalent anion. Silver ions will immediately combine with chloride to form an insoluble compound of silver chloride.

This simple fact should be kept in mind when reading claims that silver ions are particles. If a silver ion were a particle, it would not combine with chloride. For a more technical discussion about the differences between ions and particles, see Ions, Atoms, and Charged Particles.

Why Is This Important?

Silver chloride is a compound that is formed when silver ions combine with chloride ions. It is an insoluble compound, which means once it is formed in the human body, it does not dissolve.

Silver ions and chloride ions have such a strong attraction for each other that it is virtually impossible to keep them apart. Once they find each other, they form the silver chloride compound. All ionic silver will turn into silver chloride once inside the body because of the readily available supply of chloride ions in many different forms.

Silver chloride is an insoluble salt that does not dissolve inside the body once it has formed. Silver chloride is eliminated by the kidneys and expelled through the urine. The authors believe that only the portion of silver content contained in the particles will remain effective in the body.

Typical ionic silver products contain between 3 and 20 ppm of ionic silver, which would not cause argyria.

Ingestion of highly concentrated forms of ionic silver (100 ppm and above) may cause argyria, a permanent discoloration of the skin.

Promotional claims made for ionic silver products describe it as having high bioavailability. Nothing could be farther from the truth. The Merck Manual makes it clear that bioavailability is the amount of unchanged drug that reaches the systemic circulation.

To be bioavailable, the substance being ingested must attain systemic circulation unchanged in form. Because silver ions are highly reactive, they quickly form compounds in the body and therefore, cannot remain unchanged.

While it is the highly reactive nature of silver ions that provides its antimicrobial properties, it also causes the rapid formation of compounds. It prevents the continued existence of silver ions inside the human body. Because silver ions cannot exist inside the human body, the bioavailability is virtually nonexistent. Silver compounds such as silver chloride in the bloodstream provide no meaningful antimicrobial properties.

Searching for Silver Ions in The Bloodstream

A silver Ion-Selective Electrode (ISE) is a scientific instrument that can detect the presence of silver ions in blood serum. An ISE can detect silver ions that have not combined to form compounds. Once a silver ion combines to form a compound such as silver chloride, the ISE will not be able to detect it.

The researchers were using an ISE to measure the concentration of silver ions downstream from their point of generation. They soon discovered that the silver ions were very short-lived in the bloodstream and determined that the half-life was about 7.8 seconds. Because blood serum contains about 3900 ppm of chloride, the silver ions were forming silver chloride and could no longer be detected by the ISE instrument.

Since silver ions that are created in the bloodstream by electrolysis cannot survive, there is no reason to believe that silver ions that enter the body by any other means could survive. The proof of this fact lies in taking blood samples after ingesting ionic silver and testing for the presence of silver ions using an ISE.

The author has pointed out this fact to the producers of ionic silver products and challenged them to provide proof that silver ions can be measured using an ISE in blood samples taken after ingesting their products. Since this challenge was made in the mid-1990s, not one manufacturer of ionic silver has been able to prove the existence of silver ions in human blood serum after ingesting their products.

It seems reasonable to assume that at least one producer of ionic silver products would take the challenge and want to prove to the world that silver ions can be measured in the body after ingesting their product, but there has not been one!

The author suggests that you ask your favorite producer of ionic silver why they are unable to prove that silver ions can exist inside the body using an ISE. Is there a colloidal silver near me? See this partial list of ionic silver products.

True silver colloids consist of silver particles, not silver ions. Only silver nanoparticles (colloids) can survive inside the body. Metallic silver particles are unaffected by hydrochloric stomach acid and chloride ions and will circulate in the bloodstream where they are believed to kill pathogens.

The particles will slowly be eliminated from the body and do not build up. Since it is the particles of metallic silver that provide the particle surface area and thus the real benefit, it is important to know how much of any colloidal silver product is in the form of particles.

Evaluating Colloidal Silver Products: Is There One Silver Solution?

A typical ionic silver product that is 10 ppm (parts per million) of total silver has 90% of the silver in ionic form and only 10% in particle form. That means only 1 ppm of silver particles is present in a product advertised as 10 ppm – and that’s assuming 10% particles.

Why Are So Many Products Mostly Ionic Silver?

Most products are ionic silver because it is cheap and very simple to make. So simple, in fact, a child can do it. All it takes to make ionic silver is a nine-volt battery and some silver wire. It is simplicity in the extreme.

Commercial producers do not use a nine-volt battery but use a high voltage AC source because it makes a more stable ionic solution. The high voltage AC product is just as simple to make but takes a little more equipment.

In either case, a process is a form of electrolysis. The electrolysis process produces mostly ionic silver, and yet it is marketed as colloidal silver. Regardless of claims made to the contrary, if the product is made by electrolysis, it is not a true colloid. By comparison, a true colloid has a high concentration of particles and little or no ionic silver.

Ionic silver is not without merit. It is a strong antimicrobial and serves well in situations where chloride is not present. When chloride is present, the silver particle content will survive to produce benefits.

There are dozens, if not hundreds of products on the market advertised as being colloidal silver generators. Such products can be high or low voltage AC or DC, and all operate by electrolysis to produce mostly silver ions and some silver nanoparticles.

The ionic silver solutions produced by these generators are no less effective than the best commercial ionic silver products. If you believe the marketing hype for ionic silver from the companies on this list, there is no reason that you would not want to consider using a home colloidal silver generator and save a lot of money.

While the effectiveness of ionic silver is far less than a true colloidal silver product, if you are satisfied with the results obtained from using ionic silver, there is no need to pay high prices for one of the commercial products when you make virtually the same thing at home for pennies.

Of course, the commercial producers will try to wow you with their techno-babble nonsense to convince you that their products are superior. Many commercial ionic silver products are produced using colloidal silver generators that are sold for home use.

To make a true colloid is a complicated, complex, and costly process. It is no mystery why most producers choose to make ionic silver instead and simply call it colloidal silver. Thankfully, more consumers are educating themselves about this deception, and more and more are learning this simple test: If it looks like water, it is ionic silver, not a true silver colloid.

As a service to consumers, this site provides a partial list of ionic silver products, some of which claim to be true colloids. Please click here.