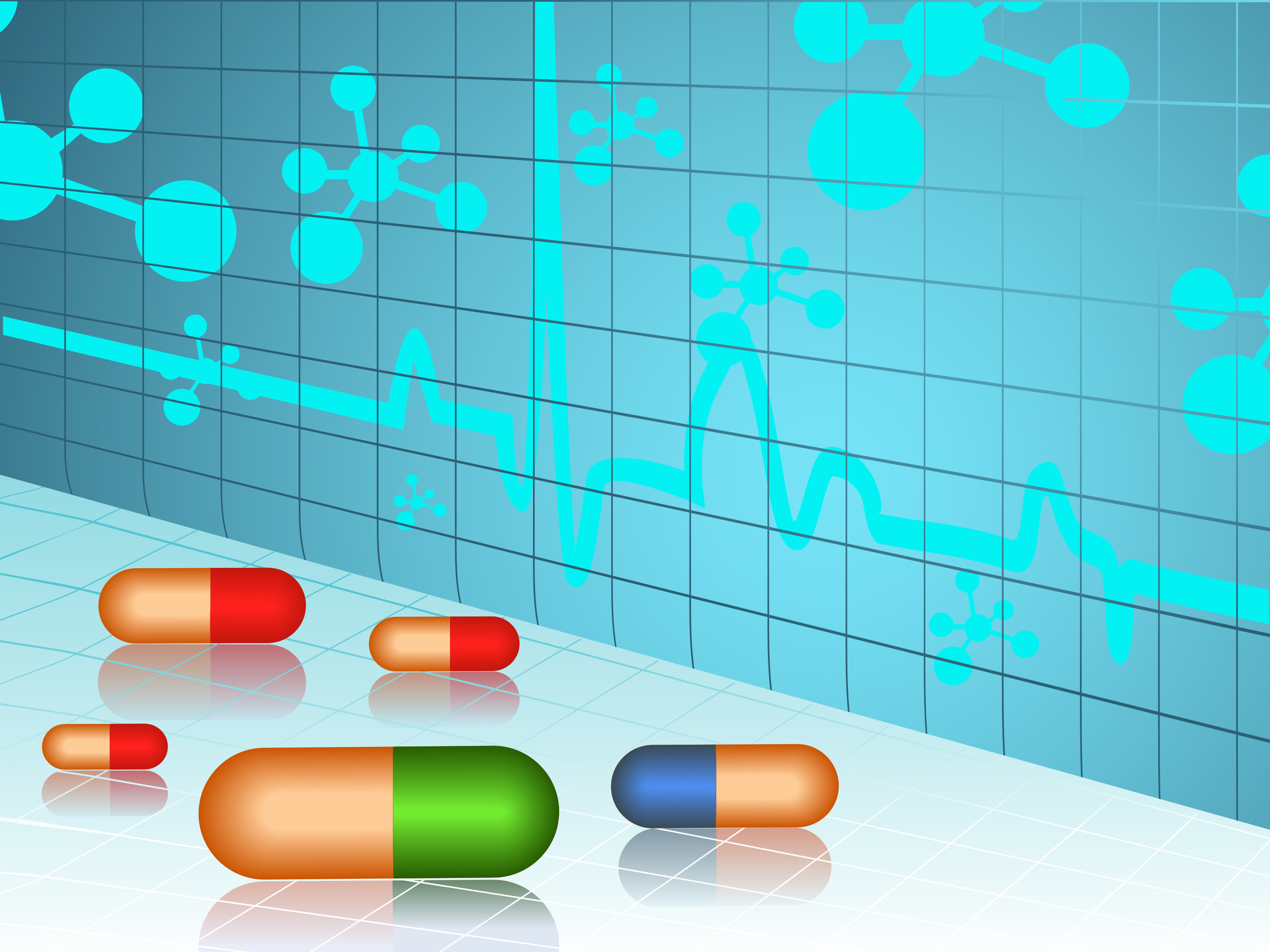 The statements highlighted in red below are from web site that sells an ionic silver product that is produced by electrolysis and is 98.6 percent ionic silver. The product is claimed to be True Colloidal Silver.

We make a true colloidal silver consisting of both elemental and ionic particles providing the ultimate particle surface area and an extremely high efficiency index.

Lab analysis has determined that the product consists of 1.4 percent silver nanoparticles and 98.6 percent silver ions making it a typical ionic silver product. Analysis has determined it has a particle surface area of 0.024 cm2/mL and Efficiency Index of 1.64 placing it among the very lowest values found in the product comparison table, yet the web page falsely claims this product has “extremely high efficiency index” and “ultimate particle surface area”.

By definition, a true silver colloid must have a nanoparticle content that is greater than 50 percent of the total silver. Yet this product with only 1.4 percent nanoparticle content is claimed to be “True Colloidal Silver”. The product being sold is clear and colorless (like water) as are all ionic silver products, however, true silver colloids are never clear and colorless further demonstrating to the most casual observer the deceptive nature of these claims.

These are are only three examples of the many false and misleading statements on this site. In fact most of the information on the site is scientifically flawed in the extreme with the obvious purpose of selling an ionic silver product by falsely claiming is it true colloidal silver.

Lastly, if there was an award for the worst bogus science, blatantly false, deceptive and misleading information concerning colloidal silver, this site would certainly receive it.

The statements highlighted in red below are from an article titled “What Exactly is Ultra Pure Colloidal Silver” by Marvin Robey.

… what is this “silver ion”? Well, it’s really more commonly known as “colloidal silver”. Simply put, it is extremely minute-sized silver particles suspended in water, with a positive electrical charge.

Here the writer is claiming that “colloidal silver” consists of silver ions. This writer is either confused or trying to confuse the reader with the notion that a silver ion is a particle of silver. It is common for producers of ionic silver solutions to interchangeably use the terms silver particles and ions in an attempt to blur the distinction between these two entirely different entities. Ions and particles are dramatically different entities and the terms are not interchangeable.

When discussing metal colloids such as colloidal silver, the term colloid means silver particles in suspension not silver ions in solution.

The best colloidal silver is produced at the molecular level.

Here the writer is attempting to sound scientific but is actually describing something that scientifically does not exist. Silver is an element; the smallest form of elemental matter is the atom. A molecule is a term used to describe the smallest form of a compound, not an element. A compound is formed by combining two or more elements. There are no silver molecules, only silver atoms. For example, silver chloride is a compound. One molecule of silver chloride is formed when a single silver ion combines with a single chloride ion.

This electrical charge is of primary importance to healing and anti-bacterial qualities.

More bogus science. The positive ionic charge of the silver ions does not survive inside the human body. In fact silver ions cannot survive inside the human for more than a few seconds. When ingested, ionic silver is greeted by hydrochloric acid in the stomach which immediately causes the silver ions to combine with the chloride ions supplied by the hydrochloric acid. This action forms the compound silver chloride which is an insoluble silver salt. Silver chloride does not possess an ionic charge.

Silver coins were commonly dropped into a jar to prevent the spoilage of milk and other drink, and silver containers were used to prolong the freshness of foods in general.

The statements highlighted in red below are from an internet ad for “Ultra Pure Colloidal Silver”.

Crystal clear, nothing but pure water and silver particals.

This product is produced by electrolysis and is mostly ionic silver, not silver particles. Not only do they falsely claim that their product consists of silver particles but they don’t even know how to spell the word particles(misspelled word in the actual ad).

The statements highlighted in red below are from an internet ad for Sovereign Silver, an ionic silver solution labeled as “colloidal silver”.

The first statement described the product as a silver ion solution which is certainly correct, but then it claims small particle size as though this product was colloidal silver.

The statements highlighted in red below are from the Sovereign Silver website.

Made in a laboratory dedicated to colloidal silver technology.

Each drop yields more than 100,000,000 million particles of pure silver that possess energia.

More reference here to particles of pure silver, not a correct description of silver ions. But wait, there’s more, these particles possess energia. A term not defined on the website or known to be defined anywhere else. Use of this make believe technical sounding word is called “techno-babble”, a technique commonly used to impress the non-technical reader with technical sounding words.

Some half truths here, an atom of elemental silver is completely transformed into a silver ion when it loses one orbital electron, leaving 46 electrons in orbit instead of the 47 electrons found in an atom of silver. With much obfuscation, this sentence is describing ionic silver until it claims that release the maximum energy of colloidal particles. This is more techno-babble with added sleight of hand trying to make a connection to colloidal particles which constitute 5.1% of the silver.

The statements highlighted in red below are from an internet ad for ASAP silver solution, ionic solution labeled as “colloidal silver”. 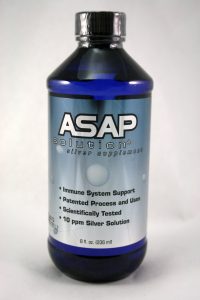 The statements highlighted in red below are from an internet ad for Ionic Plus, an ionic silver solution produced by Indigenous Products.

The statements highlighted in red below are from an internet ad for Ionic Silver, an ionic silver solution produced by WaterOz. and sold on the kormax.com website.

“pure liquid ionic silver in the form of silver hydroxide…” While the product is called Ionic Silver and it really is an ionic silver solution, the ad states that the anion is hydroxide. For this statement to be true silver hydroxide would have to be a water soluble salt of silver, which it is not. Silver hydroxide is not water soluble, meaning it does not dissolve in water. All hydroxides are insoluble EXCEPT those of ammonium, barium and alkali metal (Group I) cations. For more see: Rules of Ionic Solubility. This misleading information is attempting to obscure the true nature of the anion content of this product.

Laboratory analysis of this product has determined that the anion is citrate. So while the label simply states that the product is ionic silver, it is actually a water soluble silver salt, silver citrate dissolved in water. One can only wonder what they are trying hide.

“99.9999% pure” is stating the purity at six nines or .999999 purity. While it may be technically possible to produce six nines purity, the price of the silver is about 100 times greater than four nines purity (.9999) which is the industry accepted level of purity for such products. We know of no product on the market that is actually made using six nines silver due to the excessive costs involved.

The manufacturer (WaterOz) has confirmed that the metal purity used to produce their product is really three nines (0.999), but this does not deter the sales company from advertising six nines purity, obviously a complete fabrication.

The statements highlighted in red below are from an internet ad for Earthborn Products Colloidal Silver, an ionic silver solution labeled as “colloidal silver”.

A colloid is a very small particle that is insoluble yet remains suspended and dispersed in a fluid medium, without actually forming an ionic solution. Dissolved solids are ionic, not colloidal.

This is a correct description of a colloid, however, Laboratory Analysis indicates that this product actually contains only 0.52 ppm of silver which is all ionic.

OURS: A colloidal silver consisting of 100 ppm (parts per million) of pure silver (99.999%), suspended in steam-distilled water.

Laboratory measurements found no measurable silver particles present and silver that was present is only one half of one percent of the labeled value. This product contains little on no silver at all.

We call our product “Monatomic Colloidal Silver” because the only element in suspension is individual silver atoms (mono=one and atomic=atom). No stabilizers, additives, chemicals, or proteins, are added.

Single atoms of silver cannot exist in water without forming larger particles due to the van der Waals’ force of mutual attraction. Individual silver atoms within a few atomic diameters from each other would exert a force of attraction that would be over 100,000 G-forces. Since there is no opposing force to prevent the atoms from coming together, they will aggregate into increasingly larger particles until the particles develop a sufficient Zeta Potential to cause mutual repulsion of the particles and prevent further aggregation.

The statements highlighted in red below are from an internet ad by Survival Enterprises, a company that sells an ionic solution produced by Silver Water Products called Silver Wain Water.

The new wave of colloidal silver merchants (especially on the Internet) try to convince you that PPM(parts per million) or particle surface area (size of particle) is all that matters. Both those measurements have little, if anything, to do with the actual effectiveness of any Colloidal Silver product.

Those that promote the false theory that particle surface area or PPM is all that matters, do so ONLY to sell their substandard and over priced products.

Laboratory analysis of this product has determined that the total silver concentration is 2.43 ppm and the particle surface area is 0.083 sq. cm. The ppm and surface area values for this product rank among the lowest values for such a product. Is it any wonder that this promoter wants to convince you that these values just don’t matter?

TPV (Therapeutic Particles per Volume) is the proper way to measure strength. A silver dollar in a cup of water has a concentration of 92,690 PPM, but it has ZERO therapeutical value.

Here we are told that the proper way to measure strength is the Therapeutic Particles per Volume (TPV) a term not defined on the web site or in any field of science. It is a made up term. This is an example of “techno babble”, wherein make believe technical sounding terms are used to try to impress the non-technical reading public.

Laboratory analysis of this product has determined that it consists of 94.7% ionic silver and 5.3% silver particles. The product is predominantly ionic silver but the ad statement above is the classical deception trying to fool the reader into believing that silver ions are really silver particles.

While the product is labeled “Colloidal Silver”, it is just another ionic silver solution claiming to be colloidal silver.