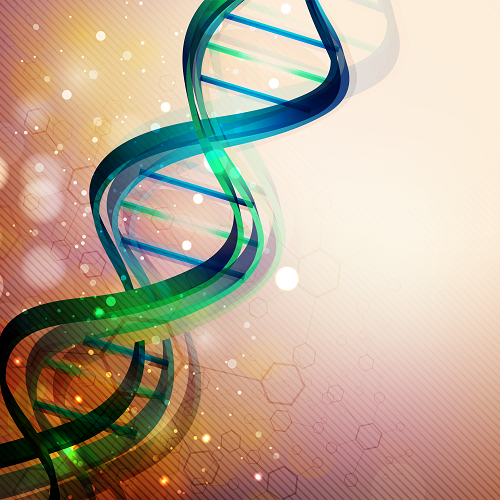 A Brief History of The Health Support Uses of Silver

For thousands of years, silver uses have included; being used as a healing and anti-bacterial agent by civilizations throughout the world. Its medical, preservative and restorative powers can be traced to the ancient Greek and Roman Empires. Long before the development of modern pharmaceuticals, silver was employed as a germicide and antibiotic.

Consider these interesting facts about the uses of silver:

The Uses of Silver Re-Discovered

Not until the late 1800s did western scientists re-discover what had been known for thousands of years – that silver is a powerful germ fighter. Medicinal silver compounds were then developed, and silver became commonly used as a medicine. By the early part of the 1900s, silver as an antibacterial substance was becoming widespread. By 1940 there were approximately four dozen different silver compounds on the market being used to treat every known infectious disease. These were available in oral, injectable, and topical forms.

Although there were a few flare-ups of negative publicity regarding medicinal silver in the early 1900s (due to the overuse of certain types of protein-bound silver compounds causing a discoloration of the skin called argyria and due to a supply of improperly prepared and unstable silver), reputable medical journal reports demonstrated that a properly prepared colloidal dispersion of silver was completely suitable with no adverse side effects. T. H. Anderson Wells reported in the Lancet (February 16th, 1918) that preparation of colloidal silver was “used intravenously. . . without any irritation of the kidneys and with no pigmentation of the skin.”

New knowledge of body chemistry gave rise to the enormous array of applications for colloidal disinfectants and medicines and for on-going research into the capabilities and possibilities for silver colloids. However, Silver’s “new-found” fame as a superior infection-fighting agent was short-lived.

During the 1930s, synthetically manufactured drugs began to make their appearance, and the profits, together with the simplicities of manufacturing this new source of treatment, became a powerful force in the marketplace. There was much excitement over the new ‘wonder drugs’ and at that time, no antibiotic-resistant strains of disease organisms had surfaced. Silver quickly lost its status to modern antibiotics.

The use of some silver preparations in mainstream medicine survived. Among them are the use of dilute silver nitrate in newborn babies’ eyes to protect from infection and the use of “Silvadine,” a silver-based salve, in virtually every burn ward in America to kill an infection. A new silver-based bandage has recently been approved by the FDA and licensed for sale. Other uses that did not lose favor include:

But for the most part, with the discovery of pharmaceutical antibiotics, interest in Silver as an anti-microbial agent declined almost to the point of extinction.

The Resurgence of Silver in Medicine

The return of silver to conventional medicine began in the 1970s. The late Dr. Carl Moyer, chairman of Washington University’s Department of Surgery, received a grant to develop better treatment methods for burn victims. As the chief biochemist, Dr. Margraf worked with Dr. Moyer and other surgeons to find an antiseptic strong enough yet safe to use over large areas of the body. Dr. Margraf investigated 22 antiseptic compounds and found drawbacks in all of them.

Reviewing earlier medical literature, Dr. Margraf found continual references to the use of silver. However, since concentrated silver nitrate is corrosive and painful, he diluted the silver to a .5 percent solution. He found that it killed invasive burn bacteria and permitted wounds to heal. Importantly, resistant strains did not appear. But, the use of silver nitrate was far from ideal. So research continued for more suitable silver preparations.

Silver sulphadiazine (Silvadene, Marion Laboratories) is now used in 70 percent of burn centers in America. Discovered by Dr. Charles Fox of Columbia University, sulphadiazine has also been successful in treating cholera, malaria, and syphilis. It also stops the herpes virus, which is responsible for cold sores, shingles, and worse.

Results show Colloidal Silver to be highly germicidal, yet harmless and non-toxic to humans. More importantly, research shows excellent results with an astonishing array of bacterial, viral, and fungal conditions.

The research showing colloidal silver’s superior performance in fighting microbes has attracted the attention of leading scientists and medical researchers throughout the world. Its benefits are now stirring new interest as 50 prominent doctors are currently researching the efficacy and applications of colloidal silver in human health. As a result, many interesting studies have emerged.

According to experts, no microorganism ever tested has been able to stay alive for more than six minutes when exposed directly to colloidal silver.

Science Digest cites colloidal silver as “…a wonder of modern medicine,” and further states, “Antibiotics kill perhaps a half dozen different disease organisms, but silver kills some 650. Resistant strains fail to develop. Moreover, silver is virtually non-toxic. Colloidal silver, used as an anti-microbial agent, will not create superbugs as antibiotics do.”

Alfred Searle, the founder of the giant Searle Pharmaceuticals (now Monsanto), stated, “Applying colloidal silver to human subjects has been done in a large number of cases with astonishingly successful results. For internal administration … it has the advantage of being rapidly fatal to pathogens without toxic action on its host. It is quite stable.” Further information indicates that Colloidal Silver does not cause harmful interactions with other medications or topical treatments.

In laboratory tests with colloidal silver, bacteria, viruses, and fungal organisms are killed within minutes of contact. Larry C. Ford, M.D. of the Department of Obstetrics and Gynecology, UCLA School of Medicine, Centre For The Health Sciences reported on November 1, 1988, “I tested them (the silver solutions) using standard anti-microbial tests for disinfectants. The silver solutions were anti-bacterial for concentrations of 105 organisms per ml of Streptococcus Pyogenes, Staphylococcus Aureus, Neisseria Gonorrhea, Gardnerella Vaginalis, Salmonella Typhi and other enteric pathogens, and fungicidal for Candida Albicans, Candida Globata and M. Furfur.”

Because of the many organisms that have developed strains resistant to modern antibiotics, Dr. Robert Becker’s finding is of particular importance. Becker, of Syracuse University, stated, “All of the organisms that we tested were sensitive to the electrically generated silver ions, including some that were resistant to all known antibiotics…In no case were any undesirable side effects of the silver treatment apparent.”

Everything Old Is New Again

Some researchers, such as Dr. Leonard Keene Hirschberg, A.M., M.D. of Johns Hopkins, believe that the potential of colloidal silver is just beginning to be discovered. Unlike antibiotics, which are specific only to bacteria, Colloidal Silver disables certain enzymes needed by anaerobic bacteria, viruses, yeasts, and fungus, destroying them. A further indication is that these bacteria cannot develop a resistance to silver, as they do with antibiotics, because silver attacks their food source rather than them directly

In fact, Colloidal Silver is experiencing a well-deserved resurgence in use and research, proving once again the old adage that “There’s nothing new under the sun.”